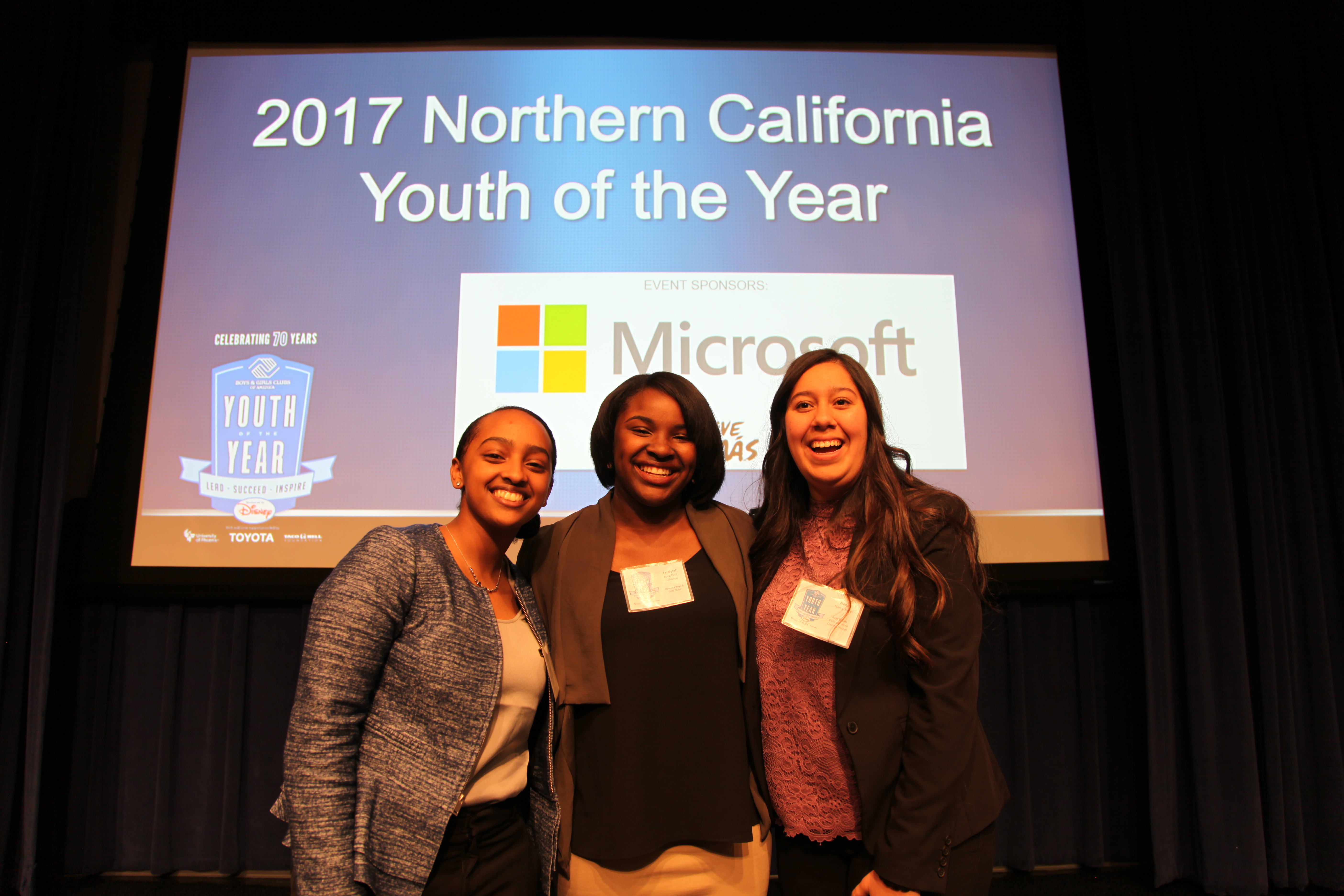 Since 1947, Youth of the Year has been BGCA’s premier recognition program, celebrating the extraordinary achievements of Club members. This year, Boys & Girls Clubs of Silicon Valley hosted the 2017 NorCal Youth of the Year competition on March 30 at Microsoft Silicon Valley in Mountain View. Eighteen candidates from all over Northern California competed for one of three spots that advance to state competition in Sacramento (April 25). As the presenting sponsor, Microsoft generously offered the entirety of their conference space, provided breakfast and lunch and also awarded a Microsoft Surface Pro 3 for each of the top three candidates. Special thanks also goes out to Taco Bell and our Northern California Area Council for providing scholarships to the top nine candidates; as well as national partners Disney and University of Phoenix.